Stevens, Eion
$25.00
Longacre Press, 2007 In Painted Poems painter Eion Stevens has responded to 20 New Zealand poems -- poems from poets as diverse as Jenny Bornholdt and Katherine Mansfield, James K Baxter and Cilla McQueen -- with an intelligent playfulness. Encountering the paintings alongside their companion poems is a thought-provoking and enriching experience. Steven's witty visual language, his ability to find meanings in simple forms, is startling. For some viewers, the poems will read like translations of the paintings, for others the paintings will act as alert readings of the poems. Here is an energetic and intellectual interchange between Stevens and the range of poets he responds to. Steven's open ended narrative devices mean that viewers will come back to his work again and again, reading their own worlds in the scenes. Each painting seems in essence to be an attempt to get a fix on a haunting, story-telling image.
Second hand Paperback
Stock:
1
ISBN:
9781877361845
SKU:
69006
NZ Art, Photography & Architecture

A World Of Art & Design 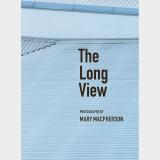 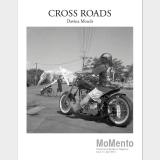