We have stopped buying, we are accepting lots for exchange and credit.

Our Winter operating hours are

Monday to Thursday 9am - 6pm

You can order via our website.  All web orders are delivered via PBT Couriers or NZ Post. 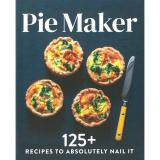 At My French Table - Food, Family, and Joie de Vivre in a Corner of Normandy

Lucio's Ligurian Kitchen - The food of the Italian Riviera