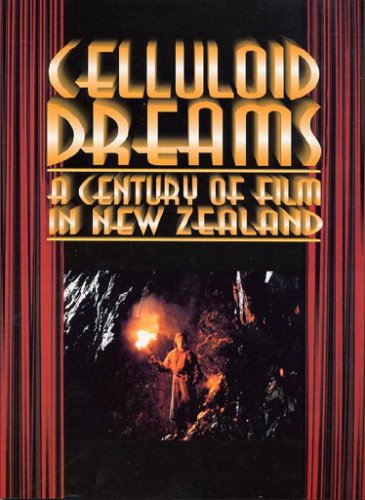 Title:
Celluloid Dreams: A Century of Film in New Zealand
Churchman, Geoffrey B. (editor)
$32.00
IPL Books, 1997. Good second-hand condition. For one hundred years, New Zealanders have been informed, entertained and preached to by moving pictures projected onto screens inside darkened halls. The first part of this book traces the development of cinema shows in the country from the earliest flickering, jerky "silents" in makeshift premeses, through the grandeur of the 1920's picture palaces, to today's sophisticated multipleses; examines the careers of notable impresarios and entrepreneurs; and looks at the controversy of film censorship over the last eighty years. The second part of the book covers filmmaking in New Zealand since the end of the 19th century - the various types of productions by independents, government and television, challenges that filmmakers have faced, pioneers and standout figures in the industry, and some of the notable films that have been made. An appendix provides a filmography of New Zealand feature films from 1940 through 1996. Thoroughly researched and well illustrated, this book is a key reference to the country's cinema history.
Limp Back
Stock:
1
ISBN:
9780908876969
SKU:
106848
NZ Media / Music / Film etc

A Sharp Left Turn - Notes on a Life in Music, from Split Enz to Play it Strange

Straight from the Shoulder

Blame It On Abba: How I Ditched My Day Job To Chase A Childhood Dream

Grady's People: Unforgettable Characters in the Top of the South Island