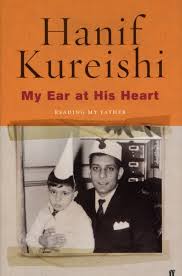 Kureishi, Hanif
$20.00
Described in a recent New York Times Magazine profile as a "postcolonial Philip Roth," Hanif Kureishi first captured the attention of audiences and critics in the 1980s with the award-winning novel The Buddha of Suburbia and the films My Beautiful Laundrette and Sammy and Rosie Get Laid. In three decades of acclaimed work, Kureishi has written fiction and films exploring a series of interconnected themes about identity and desire—from Islamic radicalism to kinky sex, and from psychoanalysis to the relationships of fathers and sons. After discovering an abandoned manuscript of his father’s, hidden for years, Kureishi was compelled to turn his "unflinching perspective" (Time Out) onto his own history. Like Roth, Martin Amis and Geoffrey Wolfe, who also have written books about their fathers, Kureishi wanted to understand and perhaps to reconcile. My Ear at His Heart offers remarkable insight into the birth of a writer, chronicling how Kureishi’s own literary calling emerged from the ashes of his father’s aspirations. And so begins a journey that takes Kureishi through his father’s privileged childhood by the sea in Bombay, through the turbulent birth of Pakistan and to his modest adult life in England—his days spent as a civil servant, his nights writing prose, hopeful of one day receiving literary recognition.
Second hand Hardback
Stock:
1
ISBN:
9780571224036
SKU:
48023
Literary Biographies (Lit Bio)

The Secret Life of Oscar Wilde

On the Move - A Life