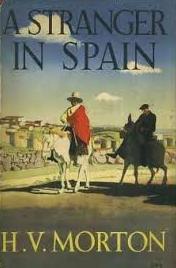 Title:
A Stranger in Spain
Morton, H. V.
$18.00
The Spain of the tourist poster, the casements and castanets, plays but a small part in this book. The author's tastes drew him to the more austere Spain of Castile and the North, where among dark churches and ancient towns and cities, the future of Christian Spain was forced in the Middle Ages... A classic travelogue of Spain in the mid 1950s by a seasoned observer... Dust jacket much worn. Foxing on titlepage.
Second hand Hardback
Stock:
1
ISBN:
0
SKU:
43354
Travel Stories

A Stranger in Spain

Walking the Hexagon: An Escape Around France on Foot