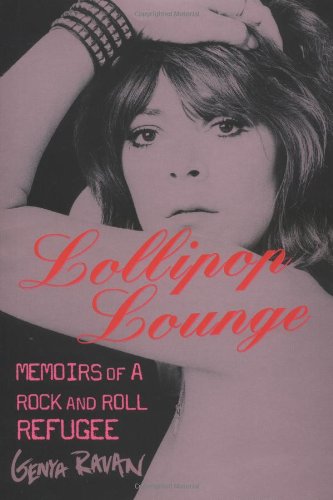 Title:
Lollipop Lounge - Memoirs of a Rock and Roll Refugee
Ravan, Genya
$32.00
Holocaust survivor, trailblazing perfomer, pioneer producer, and hell-raising iconoclast, Genya Ravan takes readers on an unforgettable ride through a 40-year career in music. From the highs of being the lead singer in Goldie & the Gingerbreads, the first self-contained all-female band; touring Europe with the Rolling Stones, the Kinks, and the Hollies; and working as the first female producer hired by a major record label, to the lows of harrowing recoveries from alcoholism, drug addiction, and cancer, Genya Ravan lived the rock and roll lifestyle to the hilt, barely surviving to tell the tale. Brutally honest, hysterically funny, and ultimately inspirational, Ravan tells her story as only she could. · For fans of Ravan's work with Goldie & the Gingerbreads, Ten Wheel Drive, and her solo recordings · The title refers to a famous NYC nightclub and the first venue in which the author ever performed · Author toured with such popular bands as the Rolling Stones, the Kinks and the Hollies
Second hand Hardback
Stock:
1
ISBN:
9780823083626
SKU:
108979
Music - Rock & Pop Music

When the Music's Over: The Story of Political Pop

The Darkness: Permission to Rock!

The Stones - The Acclaimed Biography