We are now accepting books on exchange and credits to shop cards.

We are not buying stock for cash yet. We are operating under Level 2 restrictions.

Please note that we will require you

* to wear a mask at all times whilst instore

* maintain a 2m distance between you and other browsing customers

We are here to help you if you need assistance and are happy to organise a delivery for those who are still staying safe at home. Web orders will be processed and delivered via courier and NZ Post.

Store pick ups can be ordered online or organised by phone and email. We will send you an email when your pick up is ready to be collected.

To keep up with all the Arty Bees news, why not subscribe to our newsletter at the bottom of the page.

Our next book club meeting is on Monday 8 November at 6pm.  Check out Facebook or email us to find out more.

Taking London's 1854 cholera outbreak and Wellington's 1890–92 typhoid epidemic as its starting point, Holland Street is a two-person project that will feature sixteen panels juxtaposing images of modern day London with fragments of a world where people lived alongside open-air sewers and bacteria were dismissed as mythical entities.

The photos, depicting modern sites in London’s Soho district affected by the cholera outbreak, were taken by acclaimed local photographic artist Ann Shelton. She travelled to England after becoming fascinated by the work of British physician John Snow - who conducted revolutionary medical detective work during the 1854 outbreak.

Snow famously plotted a ‘dot map’ charting the spread of cholera around London that enabled him to pinpoint a public water pump on Broad Street as the source of the outbreak. Ann says the idea that contaminated water was responsible for the spread of the disease was controversial at the time - as it conflicted with the generally held view that disease was spread via miasma (noxious air).

“The effects of Snow’s investigation, though hotly debated, were vast and far-reaching - ushering in the birth of modern epidemiology and paving the way for the establishment of modern sewerage and water treatment systems in cities across the world. Prior to his study, in many western cities people were literally living alongside cesspits of human excrement - that often seeped into drinking water.”

Sarah Caylor - a designer and historian originally from the United States - created eight complimentary panels. She is now at Victoria University studying towards a PhD in Design, focusing on water quality issues and human-waste management.

Sarah discovered she shared an interest in the history of sanitation with Ann while at a dinner party.

“Discussing cholera and human waste might not be considered the most appropriate dinner conversation, but Ann and I were both fascinated by the topic. After learning about her photographs documenting the sites of Snow’s study in Soho, we quickly began bouncing ideas around on how we could expand the project and link it to Wellington’s typhoid outbreak.

“With roughly 400 cases and 35 deaths, the typhoid epidemic was a hugely significant, but perhaps sometimes overlooked, part of Wellington’s history. The epicentre for the outbreak was in Holland Street - one block up from Courtenay Place. And, like the cholera outbreak in London, it led to sweeping changes in the way we manage human waste, spurring the Council to make substantial investments after decades of debate. Interestingly, it is this Victorian infrastructure - based on Victorian values and medical knowledge - that still makes up the bulk of, and rationale for, our existing sewerage system.”

Ann’s images weave the two events together by superimposing ‘dot maps’ from Wellington’s outbreak over her images of the Soho water pump sites. On the opposite side Sarah’s panels place the two events in historical context by looking at significant events, visualisations, nomenclature and shifting values up to the present.

Holland Street will be on display in the Courtenay Place Park light boxes from Thursday 15 August until Sunday 1 December. The project is supported by Wellington City Council’s Public Art Fund. 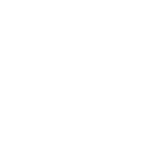 Frances Hodgkins The link With Kapiti - The Field Collection