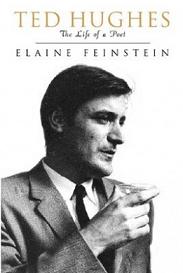 Feinstein, Elaine
$30.00
In this biography Elaine Feinstein for the first time tells the story of Hughes' life as he experienced it, rather than presenting him as a figure in the perception of others. Many people have held his adultery responsible for Plath's death, since it was her discovery of his affair with the glamorous Assia Wevill that led her to order Hughes out of their Devon home. Feinstein explores an altogether more complex situation, which includes Plath's fragility throughout the marriage and Hughes' own confused intentions in the last few weeks of her life. In the process, Feinstein throws new light on his relationship with Assia Wevill, in some ways as vulnerable a figure as Plath herself. Hughes later had a child with Assia, who also killed herself along with their young daughter." "Drawing on extensive archive material and her own revealing analysis of Hughes' poems, as well as interviews with childhood friends, fellow undergraduates, poets and critics, Elaine Feinstein, who knew Hughes for nearly thirty years, gives a complex portrait of a man intrigued by the forms of magical experience which preoccupied Shakespeare and Yeats, who was nevertheless a down-to-earth Yorkshire man. His sharp eye for the natural world and his love of the countryside are widely known but equally important to his development were poets from eastern and central Europe such as Miroslav Holub, Vasco Popa and Janos Pilinszky. His whole vision of life was marked by the evidence of human brutality in the twentieth century.
Second hand Hardback
Stock:
1
ISBN:
9780297646013
SKU:
70811
Literary Biographies (Lit Bio)

The Secret Life of Oscar Wilde

On the Move - A Life