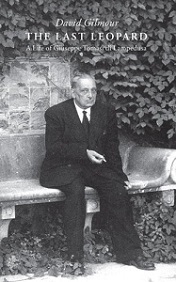 Title:
The Last Leopard - A Life of Giuseppe Tomasi di Lampedusa
Gilmour, David
$18.00
Giuseppe Tomasi, Prince of Lampedusa, was the author of a solitary masterpiece of 20th century fiction, The Leopard. The last of a long line of Sicilian aristocrats, he found himself in a modern world for which he was ill-suited and which could offer him no role to play. His only escape from what he saw as a largely wasted life was into literature. In his elegant, lucid and moving biography David Gilmour, who was befriended by Lampedusa's son, used his access to Lampedusa's unpublished notes and papers to trace the process by which Lampedusa came to an understanding of his own history and transformed that understanding into one of the most admired novels of his century.
Second hand Paperback
Stock:
1
ISBN:
9781843430575
SKU:
113094
Literary Biographies (Lit Bio)

To the End of the World - Travels with Oscar Wilde

The Last Leopard - A Life of Giuseppe Tomasi di Lampedusa