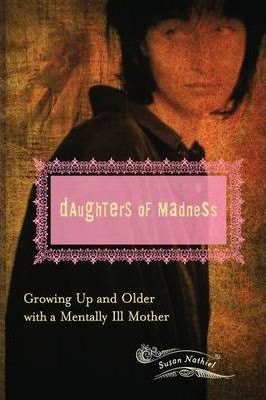 Title:
Daughters of Madness - Growing Up and Older with a Mentally Ill Mother
Nathiel, Susan
$60.00
June was 9 years old when she came home from school and her schizophrenic mother met her at the door, angrily demanding to know, Who the hell are you? What are you doing in my house? Tess's mother would wait outside church, then scream at family friends as they emerged, accusing them of spying and plotting to kill her. Five-year-old Tess and her 7-year-old brother would cry and beg their mother to take them home as onlookers stared. These are just two of the stories among dozens gathered for this book. The children, now adults, grew up with mentally ill mothers at a time when mental illness was even more stigmatizing than it is today. They are what Nathiel calls the daughters of madness, and their young lives were lived on shaky ground. Telling someone that there's mental illness in her family, and watching the reaction is not for the faint-hearted, the therapist says, quoting another's research. Nathiel adds, Telling them it is your mother who's mentally ill certainly ups the ante. A veteran therapist with 35 years experience, Nathiel takes us into this traumatic world-each of her chanpters covering a major developmental period for the daughter of a mentally ill mother-and then explains how these now-adult daughters faced and coped with their mothers' illness. While the stories of these daughters are central to the book, Nathiel also offers her professional insights into exactly how maternal impairment affects infants, children, and adolescents. Women, significantly more than men, are often diagnosed with serious mental illness after they become parents. So what effect does a mentally ill mother have on a growing child, teenager or adult daughter, who looks to her not only for the deepest and most abiding love, but also a sense of what the world is all about? Nathiel also makes accessible the latest research on interpersonal neurobiology, attachment, and the way a child's brain and mind develop in the contest of that relationship.
Second hand Hardback
Stock:
1
ISBN:
9780275990428
SKU:
108345
Psychology - Clinical Psychology

Against Empathy - The Case for Rational Compassion

The Wisdom of Crowds - Why the Many are Smarter than the Few and How Collective Wisdom Shapes Business, Economies, Societies and Nations