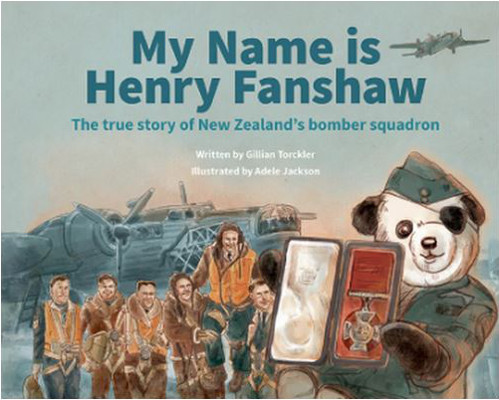 Title:
My Name Is Henry Fanshaw: The True Story of New Zealand's Bomber Squadron
Torckler, Gillian and Jackson, Adele
$25.00
Henry Fanshaw is no ordinary teddy bear. In fact, he travelled the world with the Royal New Zealand Air Force's No. 75 Squadron - one of New Zealand's most famous air force squadrons - which served around the world, in places like Malaysia, Singapore and Australia. Before that, they had fought in the Second World War. Join Henry as he remembers the brave airmen who risked their lives for their country, including the famous Kiwi pilot Jimmy Ward who received the Victoria Cross for climbing out on the wing of a plane in mid-flight to put out a fire. Today Henry resides at the Air Force Museum of New Zealand.
Hard Back
Stock:
5
ISBN:
9781988538631
SKU:
112847
New Zealand Children's NZ Ch

My Brother's War - They Will Stand for What They Believe In, Even If It Drives Them Apart

The Clockill and the Thief

My Name Is Henry Fanshaw: The True Story of New Zealand's Bomber Squadron

The Traitor and the Thief