We are open on the Wellington Anniversary from 12pm until 6pm.

We are buying again. 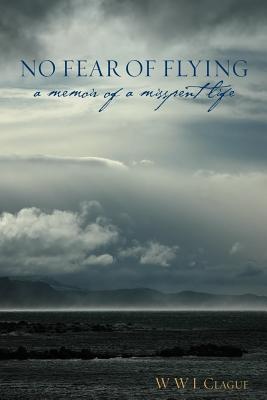 'No Fear of Flying' is no ordinary memoir. One reader said it was "so kaleidoscopic that it might almost be an offshoot from tales of the Arabian Nights." The author Bill Clague is a descendant of the famous Wakefield family which promoted British settlement in New Zealand, Australia and Canada during the mid-19th century.

Bill has lived in eight countries and his work in the airline industry has seen him travel to every corner of the world. In one six year period he spent a year of his life at over 20,000 feet, spending more hours aloft than airline pilots are legally allowed to fly. The book contains fascinating observations on cities around the world, from Perth and Singapore to Los Angeles and Rio de Janeiro, as well as details of his meetings with many well-known figures. Contacts have included Alan Bond, Imelda Marcos, Robert Muldoon, the Beatles, Ronald Biggs, Reginald Ansett, Cliff Richard, Cary Grant and many others. In addition to his career with Ansett Airlines and Continental Airlines, Bill has run an air traffic control network, was chief executive of a power company, sat on a dozen company boards and spent some years farming, first in small acreage and then working his own dairy farm. An adventurer at heart, he has worked as a professional hunter, sailed yachts in the Pacific and climbed mountains from Europe to New Guinea. At the height of the Vietnam conflict Bill was recruited to courier documents and money for ASIO, the secret Australian Security Intelligence Organisation, and his memoir includes some of his exploits in this role.

Over thirty photographs enrich the book and the epilogue hints there is more to come as the author enters the next phase of his life.

This copy has fading on the jacket and some shelf wear to the back jacket.

My Life in the Key of Jazz

Set in a Long Place - A Life from North to South

The Misadventures of Polly Gillespie - Reports From a Riotous Life